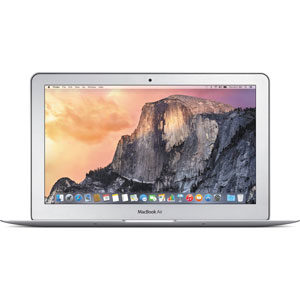 Macworld has done some extensive tests on the MacBook Airs that were announced and released by Apple last month.

Of interest to us is that they took a look at running Parallels Desktop 6 on the MacBook Airs and using the Parallels WorldBench as one of the benchmarks, with the results for the Multitasking tests posted.

If you look at the full article, the update in graphics chipsets from the NVIDIA graphics to the Intel HD 3000 graphics was possibly a step back in some areas, but the CPU updates are definitely a major upgrade. Now obviously everything shouldn’t be based on how well VM software runs, whether it’s Parallels Desktop or VMWare Fusion, and with the 11-inch MacBook Air, you don’t have much screen real estate to begin with, but there are plenty of people who need VM software for a few tasks here and there, and the 11-inch MacBook Air has definitely come a very long way and is a very suitable machine.

Do keep in mind that the MacBook Air’s Thunderbolt port is apparently only able to handle one external display. On the other hand, given the lack of space on the MacBook Airs (64GB – 128GB standard on the 11-inch MBAs), Thunderbolt is fast enough that you could store your VM sessions on an external drive accessed through the Thunderbolt interface.

Now whether the Core i7 updates, costing $150 for the 11-inch model or $100 for the 13-inch model, are worth it is hard to say. Macworld has not published battery benchmarks either. My take is that it’s worth the cost, especially on the 11-inch MacBook Air. From a long term point of view, it’s worth it if you plan on using it for a few years and then upgrading to a newer model – the resale value will be much higher with the Core i7.